The Canadian Mental Health Association called the National Committee for Mental Hygiene in 1918, was one the first non-profit volunteer organization in Canada. Throughout its history, CMHA has advocated for and with mentally ill people and their families, urging governments and Canadians to meet the need for quality care for people with mental disabilities and to promote good mental health for all. Over the years, the focus shifted from humane treatment in institutions to deinstitutionalization to the development of comprehensive and coordinated community services. In 1950, when Saskatchewan formed the first provincial Division in Canada, there was already a Branch established in Saskatoon.

1908 A New Haven engineer, Clifford Beers, who had suffered a serious mental illness, organized the Connecticut Society for Mental Hygiene and in 1909, the National Committee for Mental Hygiene was developed in the United States.

1918, a Toronto lawyer by the name of Dr. Clarence Hincks and Toronto psychiatrist Dr. C along with Clifford Beers, organized the Canadian National Committee for Mental Hygiene.

1921, Saskatchewan Hospital Weyburn opened and 2/3 of its 900 beds were filled within six months.

1929, the Government of Saskatchewan appointed a committee including Dr. Hincks to study psychiatric services with a view to receive recommendations to meet many of the problems. The recommendations were as follows:

Unfortunately, when drought and depression struck, these plans were delayed.

1946, the first psychiatric out-patient service in the province was started at Regina General Hospital and in 1949, a clinic was established in Saskatoon.

1949, the first local CMHA branch was established in Saskatoon by Dr. Sam Laycock from the University of Saskatchewan College of Education.

1950, the National Committee for Mental Hygiene was renamed the Canadian Mental Health Association. Saskatchewan was selected as the place for the first provincial Division. An education campaign with speakers, panels and literature began. A fundraising campaign was implemented in every village and municipality across the province.

Both of the hospitals, North Battleford and Weyburn, were at double capacity, about 2000 patients each in overcrowded conditions with few therapeutic programs.

1950′s, new antipsychotic drugs were introduced. These drugs did not prevent or cure mental illness but did make it possible to control some of the symptoms of certain illnesses, which enabled many patients to return to or remain in their home community.

1952, a survey was conducted in the Regina area revealed that few patients discharged from mental hospitals were working, many lacked friends, and the majority had no social life and were lonely.

1954, A CMHA Rehabilitation Center, called the White Cross Centre, was opened in Regina and in 1956 in Saskatoon. Similar centers opened all across Canada. At White Cross centers, the ex-patients were referred to as “club-members” rather than patients. For the first few years, the White Cross Centers were mostly social clubs. An industrial program was later introduced to prepare members for employment in a sheltered workshop or in the regular labour market.

In the 1960′s, the Saskatchewan Plan was begun by Saskatchewan Health. Based on input from Dr. Mckerracher (1st head of the Department of Psychiatry at University Hospital) and Dr. Sam Lawson (Director of Psychiatric Services Branch). The key principles were:

1964, the Yorkton Psychiatric Centre opened, the first small regional mental health in-patient centre in North America as proposed by the Saskatchewan Plan. The Yorkton Center emphasized outpatient care, a team approach involving all of the mental health professionals, decentralization of services into rural areas and reduction in the length of time people stayed in mental health hospitals.

1971. a national report by The Commission on Emotional and Learning Disorders in Canada (CELDIC, 1970), One Million Children, recommended 144 ways for health, education, welfare and justice systems to improve the health and lives of children. In 1971, The School Act mandated Special Education classes for handicapped students.

1971 Weyburn Mental Hospital officially closed and the number of patients in North Battleford significantly reduced. The $50,000,000 saved on psychiatric hospitals did not remain in the mental health ‘system’ to build community services.[2]

1972, Psychiatric Services Branch transferred responsibility, and funding, for children and adults with intellectual disabilities to the Community Living department of Social Services

Fewer workers were employed in community mental health clinics than had staffed the crowded hospitals, and the changes of Community Living and Psychiatric Nursing, the number of Psychiatric Services Branch staff declined steadily. Non-medical professionals including social workers, psychologists and occupational therapists offered mental health services. Without the influence of the concentrated workforce and patients in hospitals, community mental health services were vulnerable to staff and program cut-backs.

1980, The Mental Health Association established the Task Force on Mental Health Services in Saskatchewan A comprehensive report The Forgotten Constituents was distributed in 1983.

1982, the government department was renamed the Mental Health Services Branch (MHSB) and reorganized around programs: inpatient services, community services and rehabilitation, and children and youth.

NOTE: Division office copy of The Golden Stairway has gone missing . If you have copy, please contact us to donate original or copy.

1986, Battlefords Branch, as part of a CMHA national Work and Well-being Project developed and presented a play “Watch the Field Behind the Plow” highlighting mental health in rural communities.

1987, CMHA Division and Branches negotiated a de-centralized structure that allows a Branch to have direct control of its operations. This change reflected the Saskatchewan Health restructuring to give local Health Regions more local authority.

1988, CMHA presented 14 printed and oral briefs from Branches and Division to the Saskatchewan Commission on Directions in Health Care including two papers: “The Forgotten Constituents Revisited: A Position Paper on the Need for a Coordinated, Comprehensive Mental Health System” and “A Dream of Something Better: A Proposal for the Planning of a Coordinated and Comprehensive Mental Health System, – the Dream and the Plan. Over the previous ten years, spending on Psychiatric Services Branch had decreased marginally while Department of Health spending increased by 46% and the provincial budget by 48%.[3]

1992 The Department of Health created District Health Boards; CMHA worked to ensure mental health issues stayed on the agenda. The “Care or Control” conference highlighted the plight of people with mental illness caught in the web of the criminal justice system.

1993 New CMHA programs expanded psycho-social and vocational programs and a major creative arts initiative in the Branches. With funding from SaskPower, Division launched Friends for Life, a provincial adolescent suicide prevention program. CMHA also was invited to develop the education program to deal with compulsive gambling. A Collective Bargaining Agreement with SGEU made CMHA a leader among non-government agencies.

1994, CMHA Division moved from shared space with Regina Branch at 1810 Albert Street to its new location at the corner of 12th Avenue and Angus.

1995, District Health Boards assumed responsibility for mental health, addictions, and public health. CMHA worked with the Department of Health as Health Boards assumed financial responsibility for Branches. As a result, Regina, Saskatoon and Prince Albert Branches became more autonomous in administration and program areas to respond to local priorities and maintain the role of CMHA in their communities through contracts with their health districts starting in 1996.

1996, CMHA involvement in new partnerships around the Employee and Family Assistance Programs in Saskatchewan, the Provincial Interagency Network on Disabilities (PIND), and a mental health interest group in the Saskatchewan Association of Health Organizations (SAHO).

1997, CMHA received the benefits from the 1997 RCMP Charity Ball. Fundraising is an ongoing challenge with events including the Golf Classic, Teddy Bear Affair, Cash Calendar, Bingo, Grey Cup Raffle, Peace of Mind Raffle and Telemarketing. Core funding for Friends of Life ended and other revenue needed to be directed to suicide prevention around Saskatchewan.

1999, Early Psychosis Intervention (EPI) was introduced in Saskatoon to serve the northern half of the province. The goal is to identify youth in their first psychotic episode and immediately begin intensive treatment to remedy the illness and prevent further losses of function.

2000 In its 50th year, the Division Board changed its structure and moved to a Policy Governance (Carver) model with the goal of increasing public awareness and advocacy on mental health issues. “Making Sure Connections Happen”, a community-based grassroots review included 300 responses from family, consumers and front line workers coordinated with the Fyke Commission on Health Care in Saskatchewan.

2005 Early Psychosis Intervention in Southern Saskatchewan located in Regina was funded by the provincial government. In partnership with the Schizophrenia Society of Canada, CMHA explored the possibility for a Mental Health Court for Saskatchewan.

2006 saw the announcement of the federal Mental Health Commission of Canada (MHCC). CMHA Saskatchewan was part of the Disability Income Support Coalition (DISC) of disability advocates, consumers and organizations working to establish Income Security for persons with disabilities separate from the welfare system. Sask Learning and Sask Health sponsored a CMHA study on the role and needs of the community-based organization (CBO) sector in mental health.

2008 CMHA and the Schizophrenia Society of Saskatchewan jointly sponsored a conference “Life Beyond Illness – The Move Toward Recovery” with Dr. Larry Davidson from Yale University, Dr. Myra Piat from McGill University and other speakers. One of the organizers was the first Social Work practicum student at CMHA. CMHA commended the Registered Psychiatric Nurses Association (RPNAS) and Saskatchewan Institute of Applied Arts, Science and Technology (SIAST) on the development of the Psychiatric Nurse Diploma Program.

2010 With the support of The Co-operators insurance, Friends for Life has done workplace education on recognizing and accommodating mental illness. Co-op grocery stores helped get the Problem Gambling message to older adults. CMHA Branches in Battlefords, Kindersley, Moose Jaw, Prince Albert, Regina, Saskatoon, Swift Current and Weyburn continued to offer direct service, education and advocacy to people in their communities.

2011 The Mental Health Commission of Canada released their Strategic Plan. The Sask Justice Ministry contracted with CMHA to provide intensive support to people with mental health and related issues who have been repeat offenders in the Corrections system. CMHA hosted two gathering for people with lived experience of mental illness with representatives from around Saskatchewan.

2012 CMHA Saskatchewan published “Pivot Points: a Fragmented History of Mental Health in Saskatchewan” by Jayne Melville Whyte. The first Systems Navigator was hired to assist individuals and families find services in the fragmented system. CMHA continued active in the Mental Health Coalition, PIND and DISC to improve quality of services and quality of life for persons with lived experience of mental illness.

[1] This list began with the history posted on the CMHA Saskatoon website and has been edited and expanded with references to Saskatchewan Division Annual Reports; Pivot Points: a fragmented history of Mental Health in Saskatchewqn by Jayne Melville Whyte; and other sources.

[3] CMHA Regina Branch The Regina Model: Direction and Alternatives for the Long-Term Mentally Ill in Saskatchewan Presented to the Saskatchewan Commission on Directions on Health Care. Regina (1988). Authored by Bruce McKee.

Who We Are Navigation Menu 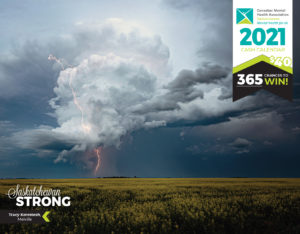