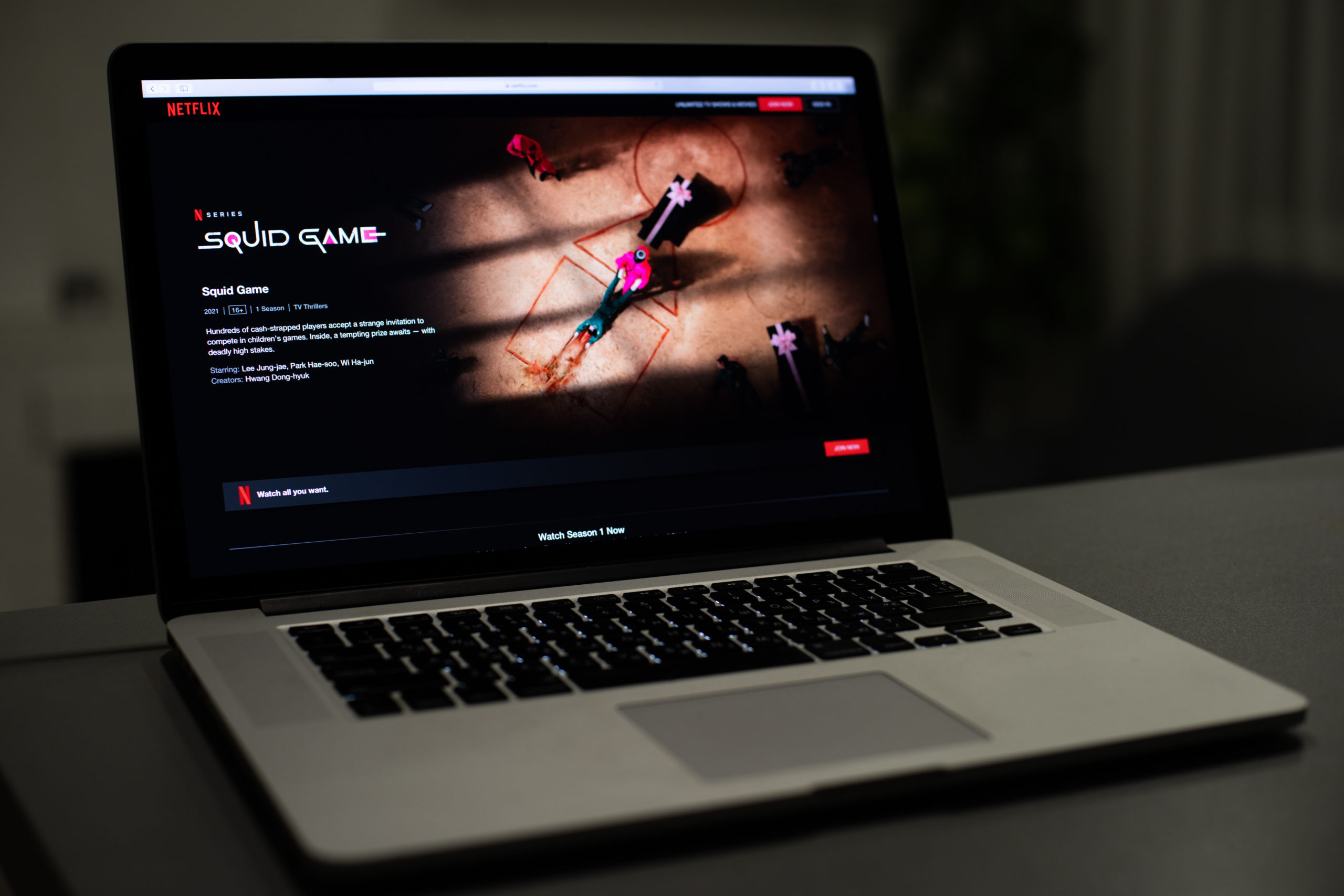 The Netflix Original and internet phenomenon, Squid Game, has taken the world by storm. If you’ve scrolled through any social media app over the last month, you’ve likely come across at least one meme or hashtag, not to mention the trends that have sparked on TikTok.

The show’s main theme focuses on capitalism and the effect money can have on someone’s life, or better yet, their willingness to live. It’s a modern view of the themes we’ve seen before in The Hunger Games films, where the poor and helpless are preyed upon by the wealthy to risk their life for a shot at winning big. The difference here is that the players in Squid Game made the choice to play the game, linking it more directly with themes of taking risks and betting everything you have left.

** Before you read on, please beware… SPOILERS BELOW **

In this post we’ll discuss how problem gambling is weaved into the storyline of the nine-episode series. We’ll focus on the show’s main character, Seong Gi-Hun, and his battle with addictions and the effects they have on his life before, during, and after the game. We’ll also touch on some ways the games in the series represent gambling and casino games in the real world and the influence and impacts this has on the characters.

From the very beginning of the first episode, Seong Gi-hun is proven to be a risk taker when it comes to his finances. In the kitchen with his mother, Gi-hun finds his mother’s hidden bank card and next we see him using it at an ATM to withdraw cash in order to place bets on horse races with a friend.

In the broader storyline, we find out that Gi-hun has serious debts to pay off and loan sharks are after him in extremely violent ways. He has a job, but relies on his mother’s hard work to keep him alive.

Because of Gi-hun’s gambling addiction, he has dug himself into a hole that he cannot climb out of and even his mother’s best attempt at helping him ends up being too much for her to bear.

Shortly after the first half of the first episode, we realize Gi-hun’s addiction is likely what caused his divorce and poor relationship with his daughter. As viewers we can tell that he loves his daughter more than anything else, but his financial trouble is getting in the way of gaining custody.

The relationship with his mother, as we see later on, is one of the most flawed relationships Gi-hun has. His mother is working so hard and is becoming very ill in order to support her adult son. Gi-hun’s gambling addiction has led to him cancelling their health insurance payments, leading his mother to end up in the hospital and eventually die.

Although saving the relationships with both his daughter and mother was the motivation for him to join the game, in the end his choice to take the risk did not save them. By the time Gi-hun was released from the game with his winnings, his mother was dead and his daughter was already in America. The money doesn’t matter in the end and he is left with only his loneliness and guilt.

This loss of relationships is something that people with gambling problems face often in the real world. They tend to push relationships aside in order to make the most of their gambling time once it becomes an addiction. Even if nobody close to the person affected knows, once they find out, it is often too late to repair the broken trust. This is why education and prevention programs are so important, even for the third party bystanders. Early detection of gambling addictions can save relationships before they no longer have a chance to be saved.

When looking at a person’s reason for gambling, they often play as some form of escape. This is shown in the scene when Gi-hun is approached by a man in the train station. He is completely at a loss and feels defeated by his life, so when the man asks him to play a game for some money, he agrees. After multiple defeats and slaps to the face, Gi-hun finally wins and is offered the money he was promised. He is so thrilled to have finally won the game that he completely forgot about the money – the main goal of playing the game in the first place. Gi-hun used the game as a way to escape his life’s problems for a short time and for the simple rush of feeling something exciting.

The same goes for the old man, Oh Il-nam. Although in the end we find out that he is the mastermind behind the games, he is so wealthy that nothing in life is exciting anymore. He says in the final episode that he joined the game because he wanted to feel something. Like Gi-hun playing the train station game, Il-nam joined the game to escape from his real life and to feel alive again, even though everyone else around him was dying. At one point he even said to Gi-hun that life outside the game is where “the torture is worse.”

Throughout the series, each game that the players play is simple enough as childhood playground games, but the stakes are much higher. Regardless, some players attack the challenges with the idea that they can complete them easily because they’ve played them before. The best example of this is when male antagonist Cho Sang-woo enters the second game with a tip from the female protagonist Kang Sae-byeok about the sugar. This tip is followed by Sang-woo’s recognition of the four shapes on the wall. He knew what game they would be playing, therefore he chose the easiest path to success by choosing the triangle shape.

This is a direct comparison to real world gambling and games of skill. Players can receive tips from online forums, as well as have preconceived ideas of what the outcome will be before they place their bets. For example, a dedicated hockey fan placing bets on who will win the Stanley Cup. They believe that their prior knowledge of the sport and their experiences over the years will give them an advantage, when in reality, the outcome is always unpredictable.

Sang-woo might have had the upper hand in this game as he knew what was to come, but the outcome was still as uncertain for him as it was for any other player.

In the fifth game, we see that the players have a 50/50 chance of stepping on the correct glass platform or falling to their death. The second player to attempt crossing the bridge notes in her head that the first step was left, followed by right, and makes the assumption that the left step is the next correct step as that is how the sequence has gone thus far. She steps left and soon realizes that her plan was wrong and she falls.

This is what is known as gambler’s fallacy, where a player assumes that the next random event is more or less likely to happen based on the outcome of the previous event. You’ve probably experienced this at some point with flipping coins… If the coin lands on heads over and over again, the more likely you are to believe that it will land on tails the next flip. But in reality, the chance of guessing correctly is always 50/50 no matter what the previous outcome was.

Other connections to real-world gambling…