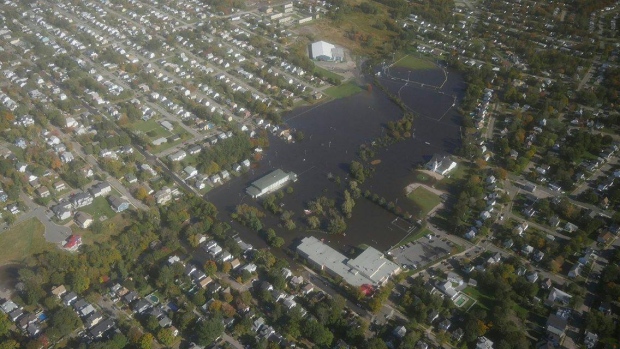 Earlier this year October 2016, the Thanksgiving weekend in Cape Breton, Nova Scotia was rocked by the remnants of Hurricane Matthew as it dragged itself over Atlantic Canada. The Greater Sydney area was drowned out in 24 hours of rainfall totaling approximately 225 millimeters. More rain then the region saw all summer. The floods were intense and destructive, as water, sewage and oil inundated homes, affecting thousands of people. Emergency aid flooded in, but now Cape Breton needs a different kind of support.

In the aftermath of disasters, physical damage is one thing: emergency aid comes in; the debris goes into landfills; houses can be rebuilt. But the emotional toll is another thing altogether. Cape Bretoners have experienced the trauma of being displaced, and of losing their homes and belongings. Now, with insurance claims being denied, the stress is taking a human toll, requiring a special response: a mental health response.

This flood is having a significant effect on Cape Bretoners’ emotional and physical health, and stress is one of the most common responses. CMHA can help provide a sense of hope and lessen the emotional impact of this disaster.

We need your financial support so that CMHA Nova Scotia can provide community-based, psycho-social wellness supports and services – like resiliency supports and coping skills workshops – to Cape Bretoners who are living in post-disaster crisis.

Last summer, CMHAs across the country responded with generous support for people affected by the fires in Fort McMurray. Cape Bretoners were among the first to fundraise to provide financial support to those in need. Today, CMHA is responding to the needs of the people of Cape Breton, as the impacts of the flood begin to take hold on the wellness of the Cape Breton people.

CMHA Sask. Division has contributed $1000 to the Fund. If you’re able to help in any way know that your generosity during the holiday season is so very appreciated and needed. We thank you from the bottom of our hearts.