In recognition of World Suicide Prevention Day on Sunday, September 10, the Canadian Mental Health Association (CMHA), in partnership with London Drugs, is urging everyone in Saskatchewan to “ask about suicide” and become more suicide aware by going to www.askaboutsuicide.ca.

About 4,000 Canadians die by suicide every year. No matter the age of the person or the circumstances surrounding their death, each life lost to suicide leaves a lasting impression on that person’s family, friends and community. The good news is that research shows  that in many cases suicide is mostly preventable—in your family, at work, at school, and in your community. You don’t need to be a healthcare professional to know the warning signs and start an open conversation about suicide – we all have the ability to help save a life.

The focus of CMHA’s Ask About Suicide online awareness campaign, which launched today, is to empower people from all walks of life with the confidence, knowledge and skills to be able to reach out to those most at risk which, statistically, is men in their 40s and 50s. This age group year after year experiences the highest number of suicides nationally (Statistics Canada, 2014) and while there are far more attempts made by females, males take their own lives four times more often. In fact, the latest statistics reveal that in Canada, 75% of those who died by suicide were male.

“People are often afraid to start a conversation about suicide with someone showing signs of distress.  But they don’t have to be,” says Phyllis O’Connor, CEO of CMHA Sask. Division.  “And you do not have to be a mental health professional to do it. Talking about suicide helps save lives. Learning how to recognize the warning signs and how to ask about suicide are key learnings from the ASIST, safeTALK, Tattered Teddies and Straight Talk suicide prevention training CMHA and Crisis Centres deliver across the province.”

There are a lot of myths and misconceptions about suicide and the Ask About Suicide online campaign aims to replace these with facts and practical information for anyone who has concerns that a loved one, colleague, friend, neighbour or even customer may be considering suicide.  The campaign seeks to grow sign-ups for suicide prevention training courses being offered around the province.

“People who identify as male are often reluctant to reach out to mental-health services for support and are less likely than women to talk about their feelings with loved ones,” continues O’Connor.  “They try to mask what they are going through until they reach a breaking point. We hope this campaign will equip those who live, work and socialize with these men, and anyone else who shows signs of risk, with the knowledge and skills to intervene and offer support.”

CMHA is launching Ask About Suicide in partnership with London Drugs. The partnership involves training local pharmacists to respond to the signs of suicide as well as providing resource materials throughout all of London Drugs’ 80 stores from Manitoba through to British Columbia.

“London Drugs is committed to the health, care and overall well-being of the individuals and families who live and work in the communities we serve,” says Chris Chiew, General Manager, Pharmacy, London Drugs Limited. “We are proud to support the Canadian Mental Health Association’s efforts to bring attention to suicide prevention and we look forward to our partnership and working together on this important awareness campaign.”

If you are concerned that someone is considering suicide, asking them directly about whether they are thinking of suicide can open up a conversation and save their life.

If someone says they have a plan and intend to end their life soon, connect with crisis services or supports right away. Many areas have a crisis, distress, or suicide helpline, but you can always call 911 if you don’t know who to call. Stay with the person while you make the call, and don’t leave until the crisis line or emergency responders say that it’s OK to do so.

For more information on suicide prevention & awareness, as well as upcoming training courses go to www.askaboutsuicide.ca

(The Provincial 811 Health Line in not a crisis line; it is an information line.)

ASIST and safeTALK training workshops equip you with the knowledge, skill and confidence to help someone at risk of suicide.

safeTALK—Suicide Alertness for Everyone Half-day training that presents the basic steps to identify a person with thoughts of suicide, ask them directly about the possibility of suicide, and connect them to life-saving community supports and resources.

ASIST—Applied Suicide Intervention Skills Training Two-day intensive and interactive course to help participants become more ready, willing and able to recognize and address risk, intervene and support someone in keeping safe for now. Learn to recognize people at risk, listen to their stories, understand their situations, and support their immediate safety through developing an effective personal safety plan and connecting them to community supports and resources.

Founded in 1945, B.C.-based London Drugs has 80 stores in more than 35 major markets throughout British Columbia, Alberta, Saskatchewan and Manitoba including its online store www.londondrugs.com London Drugs offers consumers a range of products from digital cameras and cosmetics to computers and televisions. Renowned for its creative approach to retailing, the company employs more than 7,500 people with pharmacy and health care services being the heart of its business. Committed to innovation and superior customer service, London Drugs has established itself as a reputable and caring company and continues to position itself for future growth and development. For more information, visit www.LondonDrugs.com. 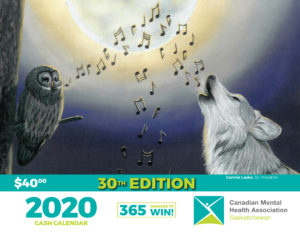